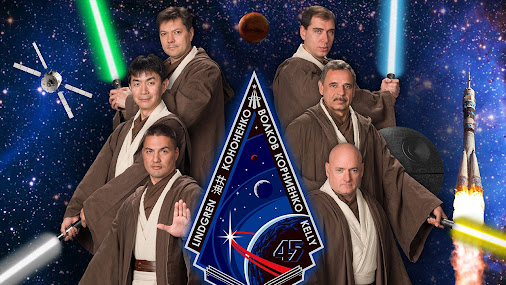 NASA’s Latest Crew Of Astronauts Think They’re Jedi Knights
The crew for NASA’s Expedition 45 won’t be all together on the International Space Station until their Soyuz docks in September, but that hasn’t stopped them releasing their official poster. I can’t quite put my finger on it, but there’s some definite space themes hidden in there.