Vest: How Reverend Ragland was dressed for the demonstration. She went towards the front, she said, to de-escalate the situation but was arrested ï»¿ 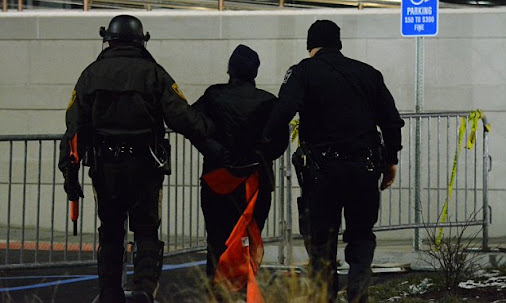 Female Ferguson pastor dragged and grabbed Michael Brown protests
The Episcopal clergywoman was at a demonstration outside a Ferguson, Missouri, police station when she was arrested and told MailOnline she was dragged along the ground.