G+: And A Little Man-Child Shall Lead Them By The Nose

So this happened: Trump tweets about stuff HE wants us all to talk about. He sets the headlines for the day, he doesn't have to answer questions, and he can grab the attention of a news-starved press any time he wants.

Oh, and maybe follow Putin's lead about having more nukes.

Meanwhile the last time Trump held a press conference, it was July 27 and he was a complete joke.

This is TERRIFIC news for the running/cycling communities in Chicago!

G+: This Week In "Bryan Fischer Is A Dolt: Hillary Only Won California"

And all the other 19 states she won were rightfully Trump's because of the extra 3 million votes. Huh? New podcast from +The Guardian – #ClimateChange 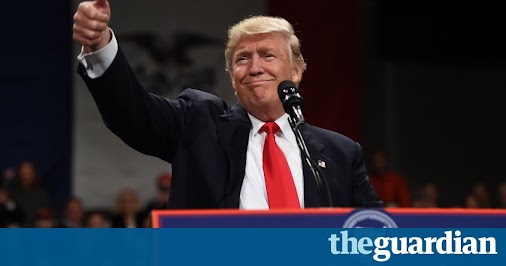 G+: Elf on the Shelf

Originally started out as a promotional item with chocolate at Christmas, I think, and then people (like my mom) started collecting them. They came in different size and different colored elf suits, and the first I remember them was in the mid to late Sixties. The "Elf on the Shelf" picture book came later, after people started family traditions to use their collections of elves to mess with their kids' heads. 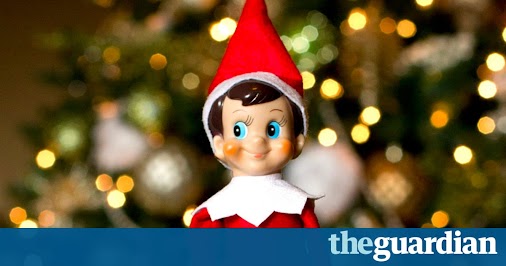 This Guardian review of the Grand Tour is pretty tepid. The show itself runs hot and lukewarm. Unmasked American "Not-Stig" is kind of annoying; they should have poached Tanner Foust from the old American "Top Gear." Foust would have been annoying in a way that could stand up to Clarkson's guff, send Hammond into a "My American Bromance" tizzy, and make May spout surly but erudite insults. But no, they cast some NASCAR guy and there's no interaction between his sequences and the hosts.

The humor between the three hosts is familiar, comfortable, and still quite funny. Some of the tasks have been big budget, the traveling venue tent and local crowds have injected a lot of energy, and sometimes the hosts actually talk about cars.

The running joke about the big celebrity stars that are supposed to be guests but end up getting killed off in ludicrous ways was funny the first 2 times. That was about 4 or 5 episodes ago.

To be honest, we've watched, we've laughed hysterically (except when some of the skits go on too long) and we like the changes.

But we keep forgetting to watch, because it's on Amazon Prime and we have to log into it via TiVo in a fairly involved way. To be honest, I usually have my husband David tinker around to find it and start it.

That said, because of my newfound Twitter addiction, we stumbled upon the series premiere a day early, because the (subversively brilliant) social marketing team "released the full episode by mistake" instead of the preview teaser. This fact was "oopsied" on Twitter by Hammond, and we logged in quickly, queued up from the beginning, and watched it a full day earlier than the announced "premiere date".

Brilliant work, lads. I bet that fueled the "illegal downloads" statistic, too.

Here in the future, I now have an app on my iPad mini and may be able to watch the show from the comfort of anywhere with Wifi, so I'll try to catch up on the last 2 or 3 episodes.

At least these angry older white guys make me laugh. They're a great distraction from the ones in the States. 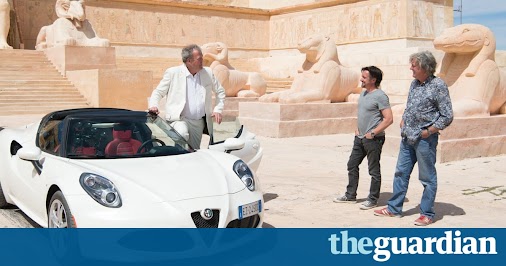 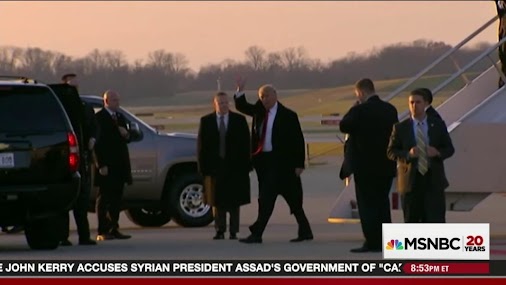 Should Democrats act more like Republicans?
Donald Trump’s historically low favorability ratings and loss of the popular vote has a lot of Democrats of thinking about how Republicans would be acting if the shoe was on the other foot.

Staycie Flint, a lay leader from All Saints’ Episcopal Church in Chicago who is endorsed by the Episcopal Church as a chaplain and is board-certified, responded to the call for chaplains because she “heard there was a need to provide complex care for people who have complex trauma with our veterans. I was expecting it to run up against generational, compounded trauma from the different tribes.”

Standing Rock chaplains attended to needs after joyful news
[Episcopal News Service – Cannon Ball, North Dakota] When the trauma chaplains who volunteered to go to the Standing Rock Sioux Nation in North Dakota answered the call, none of them knew exactly w…

G+: Why Do People Vote For Crazy Right-Wing Religious Nuts?

Why Do People Vote For Crazy Right-Wing Religious Nuts? Gordon Klingenschmitt: People Who Criticize Me Are Demon-Possessed | Right Wing Watch
On a recent episode of his

You have to watch the video to this beautiful and charming collaboration, "The Unicorn and Princess Rainbow."

Steve Finally Confirms Why He Left ‘Blue’s Clues’
No, it wasn’t to pursue a music career, but he does have a new song.