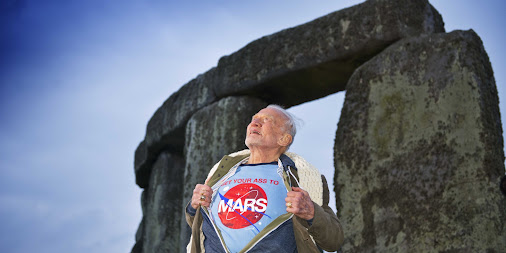 Buzz Aldrin Tweets Epic Superman Photo From Stonehenge
Buzz Aldrin is making it no secret that he wants to see humans on Mars.

Today, the former NASA astronaut tweeted a photo of himself at Stonehenge, ripping open his hoodie like Superman to reveal a t-shirt with the following message: “Get you…